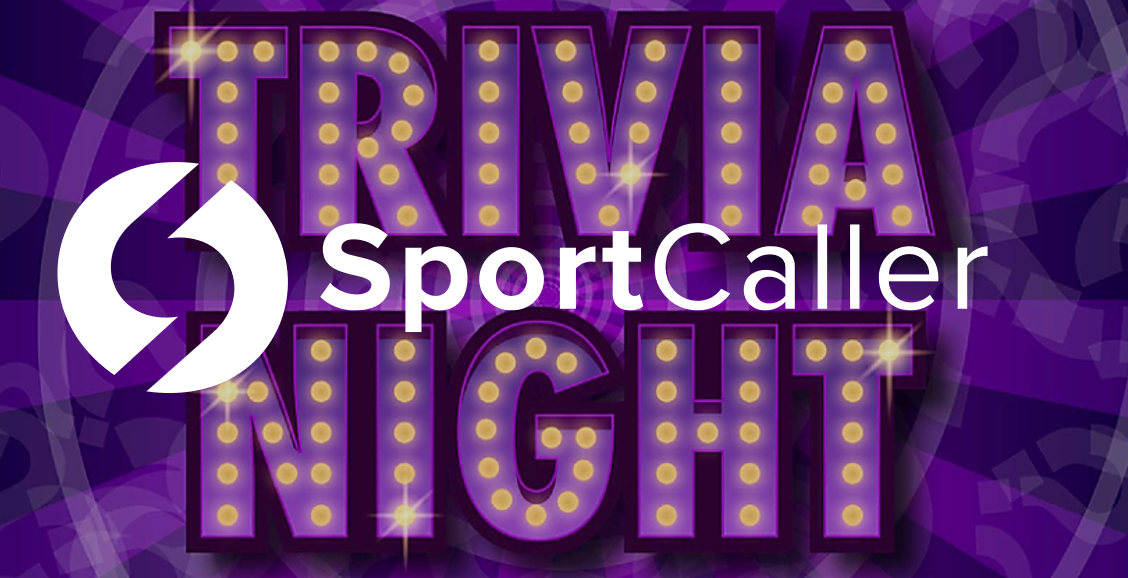 Cillian Barry, Managing Director at SportCaller, explains why free-to-play games have proven a crucial acquisition and retention tool during lockdown and how the platform will cross-sell Poker and eSports players on to the Sportsbook as live events return.

"The absence of quality live sport has meant that the overriding challenge for Sportsbooks during this hibernation period has been to retain a loyal, returning client base, as opposed to building on their existing one with new acquisitions. While acquisition remains possible, especially if you can supply products your rivals can't, the essential focus is on keeping existing audiences engaged with a brand through an offering that embraces core sensitivities."

Could you tell us more about SportCaller’s free-to-play game platform, and, on a surface level, how it’s pivoted for your partners during the pandemic?

There are three main ways in which our free-to-play (FTP) platform has allowed our clients to pivot during the current sports shutdown. The first of which is that a number of games have been able to continue simply by simply swapping out their typical questions around (hibernating) sports for events that actually are taking place. As an instructive case in point, our FanDuel FTP turned to mainstream topics around the weather, Shark Tank and even how many tweets POTUS would post. Secondly, the central build of the SportCaller platform was always premised on flexible infrastructure that allows our clients to easily and quickly spin up new games for any event. This allowed our US clients to launch multiple games on the inaugural NBA 2K Players Tournament. The third mechanic was to launch a suite of quiz-format games, whereby questions were framed around sporting trivia and general knowledge. The most recent in this series are our live quizzes, with questions posed by well-known hosts in real-time

More specifically, how successful has SportCaller proven as an acquisition and retention tool during the global shutdown?

The absence of quality live sport has meant that the overriding challenge for sportsbooks during this hibernation period has been to retain a loyal, returning client-base, as opposed to building on their existing one with new acquisitions. While acquisition remains possible, especially if you can supply products your rivals can’t, the essential focus is on keeping existing audiences engaged with a brand through an offering that embraces their core sensitivities.

Accordingly, this has proved the motivating factor behind our quiz and trivia games, leveraging a softer form of marketing with which to engage players – rather than a hard sell towards more obscure sporting events or assorted igaming products in which many players would’ve previously displayed little authentic interest.

The uptake in these games has been very strong, so much so that Kindred’s Unibet brand launched two new waves of their popular STREAKR game during this period. Across all ongoing client games in the past month, we have seen daily returning players average above 60%, with peaks hitting as high at 85%. This is pivotal to keeping players connected with their preferred operators – giving them a fun, free way to stay engaged while also keeping their login details front of mind in a time of generally reduced activity.

That said, we have launched a new game for FanDuel in Colorado aimed directly at acquiring players in the newly regulated state. This serves a dual purpose of offering $5 in sportsbook credit for every correct answer, whilst also working as an educational ‘Training Camp’ with helpful advice for the various betting markets on which the questions are based. In the States, above all, it’s a powerful combination if you can naturally link prosaic acquisition to fun, informative sports-betting education.

What is the difference between always-on and live products?

An “always-on” product is a trivia quiz on which there are no rewards offered, it simply serves to allow players to accrue and aggregate high scores by competing against friends on leaderboards, or in their own private leagues. It’s been a boon for harnessing players’ natural competitive instincts to be proven right and battle for bragging rights with their pals and peers.

A “live” product, on the other hand, is one that can be live for a finite period of time. These live quiz games offer a jackpot prize each day with a series of questions whose answers must be submitted within the timeframe of a countdown clock. Ireland’s popular sports news and analysis show, Off The Ball (on which household names like Brian O’Driscoll and Kevin Kilbane regularly appear) has been the latest to offer this breed of FTP, which is essentially an HQ Live-style game with an embedded stream, showcasing a familiar host asking the questions in real-time.

Do you see the boom in FTP plateauing as the live sporting calendar returns?

I actually believe that the opposite will be true. There will be a scramble for players’ attentions with a cavalry charge of sports and operators aiming to claw back some of the missed opportunities and revenues from Q2. FTP allows operators to offer attractive incentives to engage with a brand without the need for bonus-heavy advertising. The latter strategy is losing its credibility – not only because it’s very expensive but also because of the negative publicity it’s heaped on the industry, especially during these unstable quaran-times where social-responsibility advocates have justifiably cautioned against such bonusing.

Moreover, there’s also an innate demand from players for FTP, which is encouraging to see. A recent survey of regular gamblers from one of our clients reported that 81% considered FTP either “slightly or very important” to them as a part of their preferred product portfolio. Some 43% of that audience also ticked switching accounts to access an operator’s FTP game.

How do quiz and trivia-type products encourage responsible gambling during this heightened time?

As alluded to above, FTP has allowed our clients to maintain consistent player engagement with their brand without the need to push towards unfamiliar markets or products. They have delivered light-touch entertainment on events which are central to sports bettors’ interests, while also allowing them to compete against others via concurrent leaderboards. The fact that Kindred were able to launch a new game in Sweden, at a time when their regulations are tighter than ever, is an eloquent case in point. Indeed, it speaks volumes for the strength of FTP as a means of responsibly engaging players.

In the US, how does FTP sit in the space between DFS and sportsbook verticals? Will it get squeezed or flourish?

In many ways, especially in a wider US sports media market whose popularity is fueled by granular statistics on every sports and player, it was long-anticipated that the daily fantasy sports (DFS) offerings of FanDuel and DraftKings would lead the way for a mass migration to sports betting. However, DFS and sportsbook are two very different products, which is another reason why FTP is proving an effective stepping stone between the two, schooling existing DFS players in the nuances of betting on their favourite sports, while also improving education and lowering costs-per-acquisition in a patchwork territory where many operators have cited CPA rates spiralling to over $500 per player.

SportCaller have opened up a raft of popular FTP games to FanDuel’s DFS and sportsbook players since October last year. Since then, all their new game launches have allowed for dual-registration or login from either DFS or Sportsbook gateways. On the evidence of the incoming data, FTP is playing a pivotal role in transitioning players from one vertical to the other.

Engagement levels with FTP are also higher in DFS audiences than Sportsbook, with a higher registration-to-game-completion ratio (90%) and similar returning-player proportions. Which goes to show that free-to-play’s innovative, responsible and engaging methodology is carving out its own niche of utility stateside.

How has free-to-play helped fill the sporting void for US partners like MGM and FanDuel?

Both clients have been very proactive in getting games out there in the past couple of months. Each began by running different game types on the NBA 2K Players Tournament – BetMGM using a championship-bracket game, whereas FanDuel employed a daily FTP. BetMGM then swiftly followed that with a daily quiz game of their own around the major US sports, on which daily returning players averaged over 60%. The game offered a daily prize of $500 with weekly prizes pools in excess of $5k.

FanDuel took a slightly different approach to the quiz idea in their WFH (Win From Home) game, asking players to make mainstream binary predictions around topics as varied as the winner’s gender on Top Chef, how high would the mercury rise in New York, and over-under on a ramping Amazon stock price. This tailored game offered players a share of a weekly $2.5k prize for any achieving a 60% pass-mark for questions posed across the course of a week.

Does the Flutter Entertainment merger dilute or improve your ongoing FTP relationship with PPB, pitting your products against competitors?

To give you a potted history, we’ve worked with Paddy Power Betfair since 2016 and the relationship has developed strongly across all Flutter territories and brands, both locally and internationally. At the same time, we were already working with some of the TSG brands, and have known the Sky Bet gang since the early days of SportCaller – notably joining forces with them on Pick 6 and then ITV7.

All indications are that the merged group views FTP as strategically important, and an area of competitive advantage from which it will continue to benefit. The proposal deck for the Flutter-TSG merger even listed FTP as one of six distinct verticals (alongside the likes of the exchange, poker and casino), so the collective intent is clearly there. You can never take these partnerships for granted but as long as they are happy with our product, platform and service, I’m naturally delighted that we’re working in tandem with this industry giant.

From an FTP perspective, what’s the future for rising verticals like esports and poker when top-tier sports return?

The pandemic has thrust esports into the spotlight and many sports bettors will have had their first experience of watching or betting on an esports event. I think this is one of the growth areas during these times that will stick around in the form of a progressive revenue stream, as opposed to a short-term spike. Sports bettors and sporting organisations have seen what can be done in terms of building excitement around virtual events. And products like esports constitute a viable way to stay anti-fragile in future – especially if a second wave or, heaven forbid, another pandemic hits down the track.

All things considered, though, this global lockdown merely hastened esports’ arrival. Whereas poker, the boomtown of the early noughties, has enjoyed a huge reawakening in the public consciousness. The challenge for these verticals, of course, is now to retain market share as elite sports return from their enforced break. As a result, there’s another good opportunity for FTP to help solidify these gains for operators – whether that means retaining and growing an esports audience, or harnessing the new players who came to poker during the lockdown and cross-selling them into sportsbook as live events rebound into customers’ recreational routines. To this end, we see FTP as a means of delivering cross-fertilisation, rather than cannibalisation.

This article was reproduced with permission from G3 Newswire