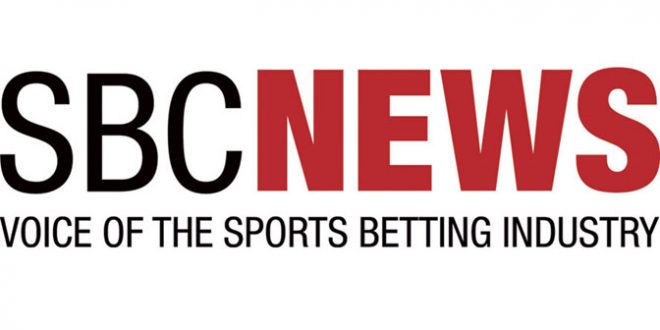 SportCaller Performance Director Paddy McDermott examines the rapidly changing marketing landscape for bookmakers, and explains how a flexible FTP platform can best sit within this framework.

Gambling operators, and their tactics for acquiring and retaining players, continue to face a sustained period of scrutiny and attack.

This is coming from regulators, certain elements of the press and numerous lobbying groups (cue a vociferous band of social media warriors). Then there’s that old foe, the bonus hunter or abuser, whose prevalence has just led bet365 to turn off Skrill and Neteller as payment options.

For some time, the industry has needed to find a more organic solution towards harnessing the engagement of a notoriously promiscuous audience, whilst also managing to remain complaint with tightening legislation – not to mention avoiding sanctimonious glare of certain news publications.

As a result, the tailwinds have continued to intensify behind channeling free-to-play (FTP) games as a means of hitting the ever-growing number of moving targets.

And by extension, a broader clarion call has been issued for a flexible platform which could service the international / company-wide needs of the biggest operators. One rising tide to lift all boats.

The challenge, as so often in this business, is leveraging joined-up thinking which can be implemented not only across multiple brands and languages, but also between different departments to create the necessary company-wide synergies, fostering understanding and facilitating efficient reporting. It’s a process which speaks to individual or partitioned needs, designing a strategic system from the bottom-up to fit a group (GVC, TSG, PPB).

SportCaller’s progressive platform solution has been a work in progress since our early days developing games for operators. Now, however, we are the only supplier in the market to truly offer an enterprise solution for FTP, appealing in particular to clients in multiple territories and languages. To date, partners at Coral, Flutter Entertainment and Kindred have employed this platform in diverse fashions.

For example, Coral employed a targeted calendar approach, applying one FTP game template across multiple sports and events for speed and simplicity. In contrast, Betfair deployed their Golden Goals game across four countries and in four different languages, and have since expanded the concept to enter three additional countries in their local languages.

In all of the above cases, the current iteration of free-to-play games represents the culmination of evolving an original concept. Kindred, however, are the first group to approach free-to-play as a standalone vertical within their marketing armoury.

It was the first time that we entered a tender process in order to win a client’s business, responding to clearly defined, and essential, requirements and aims as outlined by the client. Had we not invested in this wider platform solution and built on its core elements through collective key learnings with previous clients, we would not have succeeded.

In the short time since launching, from August this year Kindred have rolled out a collaborative group approach towards numerous localised events and content, putting FTP controls in the hands of country-by-country managers.

Those individual country managers have been able to quickly roll out games of localised content in native tongues, each one allied to regional and global reporting for both managers and senior stakeholders, enabling them to track and analyse the success of all games at both micro and macro levels.

While it’s any tier-one’s aim to grow internationally across brands, you must retain the elasticity of offering with which to act locally. Player preferences and behaviour can vary hugely across the planet. Therefore, as with any region, it’s vital to frame a progressive suite of games with the correct game mechanics and flexible front ends which can deliver on cultural taste without sacrificing brand identity.

Subsequently, Kindred have embraced FTP as a central marketing function with long-term defined plans and goals at group and local levels. Two months after launching their first game, they have now launched a total of 15 games across 14 countries and in 14 different languages, running games around local leagues as varied as Holland’s Eredivisie, Finland’s Veikkausliiga and Estonia’s Meistriliiga, with at least 20 different sports scheduled to feature by year-end.

Granted an agreeable framework, a country manager can now ostensibly get any game up and running in a matter of minutes. Most importantly however, through deep integration and bespoke data APIs, those country managers are also able to build bet-prompts on every game based on each game player’s selections, which deep-link back to a populated betslip on the Kindred app. In short, the key is a flexible, more modular approach to connect with each client’s bespoke operational strategy for total control.

In the case of Coral, who initially deployed a very successful pre-event game on the 2018 World Cup, they quickly realised the potential in using the data-point learnings on any player to better serve them with personalised CRM throughout the course of that event. Our platform solution allowed them to swiftly, and cheaply, spin up new iterations on the game concept.

Firstly, targeting the return of last year’s Premier League, then running onto a series of games across a multitude of mass market events – including the Six Nations, Cheltenham, The Masters golf, the Cricket World Cup and most recently the Rugby World Cup.

In Europe’s mature sports betting domain, cookie-cutter products, bonusing and homogenised pricing are par for the course. Sports betting operators may look to improve their range of sports markets or trade at lower margin, but pursuing such paths could simply precipitate another race to the bottom.

In running their Smart Money Series across this range of events, Coral were able stand out from competitors with a differential offer to layer over the usual raft of loss-leading “extra-place” and “money-back” refunds, whilst also harvesting a wealth of data points on each player to dramatically improve CRM throughout each event.

Their most recent game, Correct 4, takes this a step further still in committing to a season-long offer on the 5.30pm Premier League kick-off each Saturday. This allows all players the opportunity to win £50 by answering four simple questions on the match, and even offers consolation free bets for as few as two correct responses.

This game has taken free-to-play away from the established jackpot route and firmly into the realm of player retention, thereby also becoming the most successful of all ongoing SportCaller games.

The clear trend and ambition for those operators that are truly embracing FTP is to worry less about margins and more about customer management. And an enterprise FTP solution can now effortlessly inform a consolidated CRM strategy and then scale with it. Plus, you can always offer your customers an exclusive, targeted angle.

Ultimately, being able to adjust to downstream demands in this international confluence of regulation and marketing could spell the difference between securing market share or falling short. A scalable FTP model certainly provides the safest course. Whereas conventional bonusing only appears to have enough regulatory rope left with which to hang itself.

Time to cut the cord from an unworkable past, and start down the modern road to retention. Who knows, having pulled up a chair at the operators’ top table, there’s no reason why FTP can’t now establish itself as a recognised vertical in its own right in 2020 – alongside the likes of like casino, games and bingo.

Many thanks to SBCnews for the publication of this article in its original form.