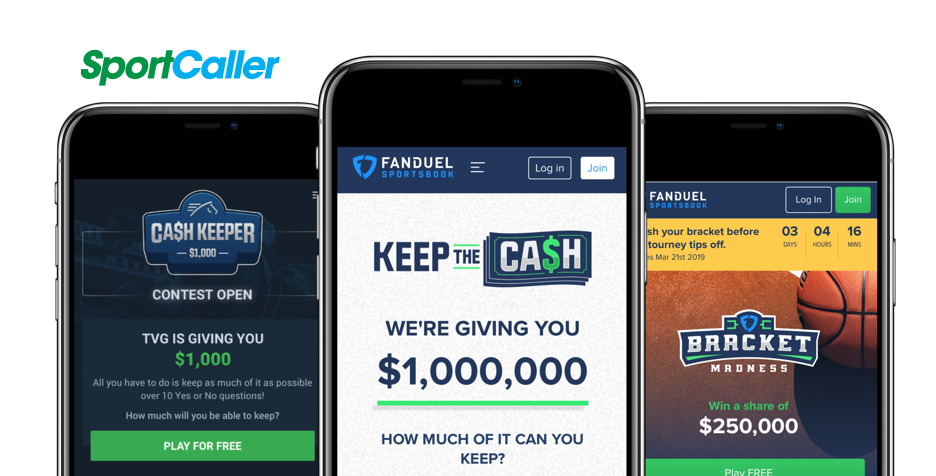 This article was published by EGR North America

Nearly 17 months on from PASPA’s landmark repeal, and there are just five US states currently offering both physical and online sportsbooks – and two of those have only launched in recent months. Given that New Jersey has been the location in which online has prospered, this has allowed the existing DFS suppliers to steal quite a healthy advantage on the competition. How then are their competitors to target gaining market share in existing states, and what lessons can we learn for those states still to launch online?

The recent launch of Fox Bet’s Super 6 has thrust the idea of free-to-play (F2P) games to the forefront of the industry consciousness. Already demonstrably successful – with 225k active players in week three, alongside 450k downloads of the app – it has already afforded The Stars Group a solid foundation in the regulated states of New Jersey and Pennsylvania. Not to mention sowing the seeds of a highly engaged base of potential bettors in those states yet to regulate. The concept itself, of course, is nothing new, but Fox Bet has leveraged the reach of Fox Sports to perfectly maximize the opportunity in F2P.

SportCaller enjoyed a foothold in the US pre-PASPA, with racing channel TVG rolling out its Super 8 game in September 2017, followed by two further games in the interim. The most recent of which is an iteration of Beat The Drop (which TVG have branded Cash Keeper).

FanDuel has also launched a version of the same product for the new NFL season, this time known as Keep The Cash. This is the fifth game that FanDuel has released with us, having already targeted March Madness, MLB and even esports via QuakeCon with previous games. Free-to-play games have accordingly become an established and successful route to market in acquiring players for the leading operators in the US.

The key to success

So, what are the key variables to consider when launching such games, and how best to optimize the transition from F2P participants to players sporting fully funded betting accounts? The strength of Fox Bet’s game is intrinsic to the firm’s organic media reach through Fox Sports, mimicking the proven success of Sky’s Super 6 in the UK. After all, it’s important to recall that a headline-grabbing jackpot is no magic wand for acquiring customers without due consideration as to how to put the concept in front of enough of the right audience.

A twin-track approach towards sporting events already offers provable success across multiple sports and territories. A pre-season or event competition allows operators to not only acquire a significant audience with a hard-wired interest in that sport but also provides numerous key data points on each player. Harnessing this knowledge on players lets operators effectively, and relevantly, apply CRM throughout any given event. Layering a second game on top of an ongoing F2P  – on a daily or weekly basis – then encourages returning players throughout the course of the underlying wider event.

We’ve found that over 50% of pre-tournament players have returned to play ongoing games and are more highly engaged throughout tournaments than those who did not play the pre-event game. We witnessed the success of this approach unfold over the World Cup in 2018 (with bwin across multiple European countries), the Premier League quickly followed suit with Coral while, more pertinently, March Madness basketball has posted some huge stateside numbers for FanDuel.

Although the success of Sky’s Super 6 is unparalleled, that is not to say that jaw-dropping jackpots are required for ongoing games to engage an audience. TVG ran a version of its Super 8 on Wednesdays which offered a jackpot of $5k for picking the winners of five races (as opposed to $100k for eight races at the weekend). This proved very effective in migrating more recreational weekend players across to the betting merits of midweek racing. Elsewhere, Coral is currently running Correct4, a weekly game which offers every player £50 for successfully answering four simple questions on the Saturday 5.30pm Premier League game. Despite the absence of a towering jackpot, this game has been the most successful of all ongoing games that SportCaller has run for any client.

Simplicity, then, is a key factor for aligning and engaging an audience with any F2P game. An overly complex game format may appeal to a core group but, in our experience, this can deter larger groups from completing game entries. Remember, the average time taken to complete an F2P game is under two minutes. So, “gone in 120 seconds” is just one of the clear steers we suggest to clients when collaborating on game concepts.

In-play F2P games are also worthy of a final point of consideration. This has not been particularly prevalent as yet with gambling operators in the US but has been a qualified success on a trial basis for regional sports network NBC Sports Washington, where they served 20% of the digital audience with a prediction game based on what would happen next in a streaming NBA game. Their GM, Damon Phillips, reported that: “Fans who participated in Predict the Game spent significantly more time on our digital platforms than regular users.” The primary uses of such a game for an operator would be educational, illuminating the various in-play markets on offer, while also engaging on live match action to enhance enjoyment and improve dwell-time.

It may matter more when there’s money on it. However, F2Ps are now building a firm yet free-to-play bridge to reliable acquisition and sustained retention on both sides of the pond.

Paddy McDermott is performance director at SportCaller, keeping its free-to-play games at the forefront of acquisition and retention techniques in an evolving regulatory space on both sides of the Atlantic.