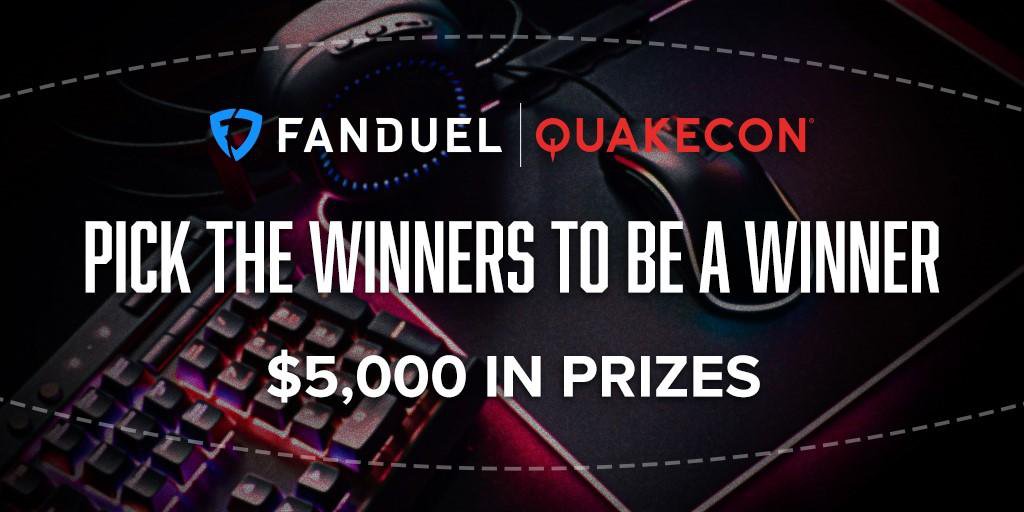 The long-running Quakecon gaming convention and eSports tournament is often described as the ‘Woodstock of Gaming’ because it is free to attend and generates a festival-like atmosphere. But eSports is big business. It generated revenues of more than $1 billion globally in 2018, and it presents a significant opportunity for sports betting operators to acquire new customers beyond the market of more traditional sports – with FTP offering a low-cost means to do so.

There were more than 10,000 attendees at last year’s Quakecon and tens of thousands more watch the gamers battle via live streaming of the tournament’s Quake Pro League, a round robin tournament run from last Thursday through Sunday – and comprising of more than 190 individual battles.

Building on the success of Sportcaller’s FTP games for tournaments such as March Madness, Fanduel ran a game for last week’s Quakecon. Players could attempt to predict the outcome and score of a selection of 52 matches over the tournament, with a total cash prize being split between the players with the correct predictions who remained at the end of the final day. Unlike the Fanduel March Madness game, there was no bracket game-type FTP offering for Quakecon.

Given that this was Fanduel’s first foray into the use of FTP for eSports, player numbers were healthy and the Quakecon game provided an excellent tool to build the brand in the global arena of eSports, and to acquire a new cohort of sports betting customers – in addition to highlighting the adaptability of FTP across an ever-evolving range of sports.